Morgan Gaia from Genoscope delivered a pair of very interesting seminars for our institute and laboratory this week on the question of eukaryogenesis. One way or another, Morgan has been working on the question of the origin of the eukaryotes since he was a Ph.D. student, and spoke, presented and fielded questions on the topic from 10 AM to late into the evening without repeating himself or collapsing from jetlag and exhaustion. He is visiting our laboratory in Kyoto for a few weeks, so I thought this would be a good opportunity to to take SuchTree out for a spin on a new class of problem now that it's finally reached its 1.0 release.

In his previous life as a postdoc at the Pasteur Institute, Morgan and his colleagues published an analysis of eight core genes of the NCLDV lineage of viruses that suggests their origin predates the emergence of ancient eukaryotes. It has been proposed that the NCLDVs may have played a central role in this event, and there are many competing models, hypotheses and what-if scenarios for how this biological tectonic shift might have gone down. I won't re-hash the paper here -- it's open access, so I'll let Morgan and his colleagues speak for themselves. What interested me is the phylogenetic trees of the eight core genes : RNAP-I, RNAP-II, the family B DNA polymerase (DNApol B), the D5-like primase-helicase, homologs of the Poxvirus Late Transcription Factor VLTF3, the transcription elongation factor II-S (TFIIS), the genome packaging ATPase (pATPase), and the major capsid protein (MCP).

One of the challenges that they faced with this project was actually measuring how well the gene trees they'd built agreed with each other, which is tantamount to asking whether or not they can be regarded as "core" genes in the first place. Quantifying the topological similarity among trees and networks is a problem I have been obsessing about throughout and since my own Ph.D., and so I was quite interested in how Morgan's group had approached it.

It turns out they struggled quite a lot with this problem. Essentially, they manually counted how many taxonomic features of the NCLDVs could be recovered from each of their trees (see Table S2 in the supplementary materials). Visually, it's clear that the trees have very similar topologies, but as quantitative approaches go, this pretty painful. It works, but involves of unpleasant labor, and it seems a bit unsatisfying given how much careful work went into constructing the trees themselves. Morgan had seen SuchTree before he came to Kyoto, asked me if it could perhaps do a bit better.

Loading data in SuchTree is pretty easy. Just point it at a Newick file, and Bob's your uncle. Unless DendroPy can't parse it, in which case Bob is not your uncle.

Incidentally, I happen to have an actual uncle Bob, and he is a pretty awesome as uncles go. He even came in a two-pack with a twin brother, who is also pretty great.

Anyway. Let's get the data loaded...

Fortunately, Morgan and his friends were forward-thinking enough to keep the leaf names for their trees consistent, which made this re-analysis extremely straightforward. I simply cannot emphasize enough how important it is to maintain good data hygiene when creating tress! I think that most of the time people generate Newick files only for plotting, and so they tend to care more about whether the leaf names look good in a figure than whether they function as actual pieces of data. Please don't do this. Trees are data objects. Please care about your data. Please?

For each pair of gene trees, I take the leafs names they have in common with a python set intersection. Then, I use itertools.combinations to exhaustively sample the patristic distance between every possible pair of leafs in each tree. Then I stash the array of distances computed by SuchTree in a dictionary so I can plot them. The entire analysis takes about 8 to 12 microseconds on my aging Skylake-generation i7 laptop.

Now, let's look at the patristic distances. Each scatter plot shows the pairwise distances through each combination of gene trees. I've left the numbers off the axes because I want you to pay attention to the trends, not the values. You should go look at the trees in the paper if you're interested in the branch lengths.

As you can see, all of these plots show obvious positive correlations. That means that when a pair of orthologs are distant from each other in one tree, they also tend to be distant from one another in the other tree. When a pair of orthologs are close together in one tree, they tend to be close together in the other.

You can also clearly see some complexity in these relationships. For example, the D5-like primase-helicase tree seems to have a slightly divergent topology from the other genes. You can also see that RNAP-I and RNAP-II have extremely similar topologies. Now that we've turned our tree topologies into a bunch of simple distances, we can cluster them by a correlation metric like Pearson's $r$ or Kendall's $\tau$.

Even though some of these correlations are below 0.5, they are hella significant. Kendall's $\tau$ tends to produce lower correlations and higher $p$-values than you're probably used to seeing from Pearson's $r$, so I think these are extremely convincing.

As expected, D5-like primase-helicase has the most divergent topology, followed by the transcription elongation factor gene tree. It is worth noting that these two genes also have the shortest sequences, so I am quite curious how this would look if we performed this analysis using all the bootstrap trees instead of just the "best" tree. Perhaps the slightly divergent topologies of the primease and elongation factor trees are simply a question of precision, rather than accuracy, and would wash out when comparing populations of trees?

Anyway, I think we can conclude that these eight genes really do have highly congruent topologies. For Morgan's paper, the identification of the eight core genes relied heavily on prior knowledge of viral physiology and evolution. The argument would be more compelling, or at least more obvious, if it were presented in the context non-core genes. It makes sense they were not presented this way in the paper -- with a manual selection process, choosing non-core genes would essentially be cherry-picking a background to make the selected core genes look more core-ish. However, if one were to conduct a systematic search for core genes by clustering all NCLDV gene trees by topological congruence, that would be a different thing altogether! SuchTree is fast enough to do two or three trillion times as many tree traversals before I'd have to think about plugging in my laptop, so I'm pretty excited about this line of thinking.

However, this pairwise approach does have a drawback for comparing very large numbers of trees. To do this properly, a Bonferroni correction ought to be applied to the $p$-values for each of the correlations. Fortunately, there are methods that are both more robust and more sensitive for clustering trees, but that will be a topic for another article! 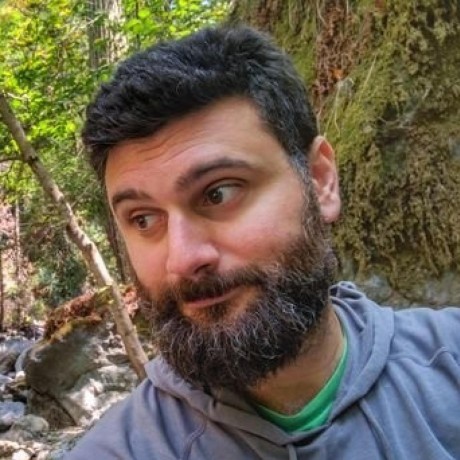