I've read Natalie Newell's conversation with Blue Apron very carefully, and I've decided that the lack of moral courage that was displayed by Blue Apron is a deal breaker for me. So, as Natalie did, I wrote them a breakup letter. After a little reworking, I decided to share it here. 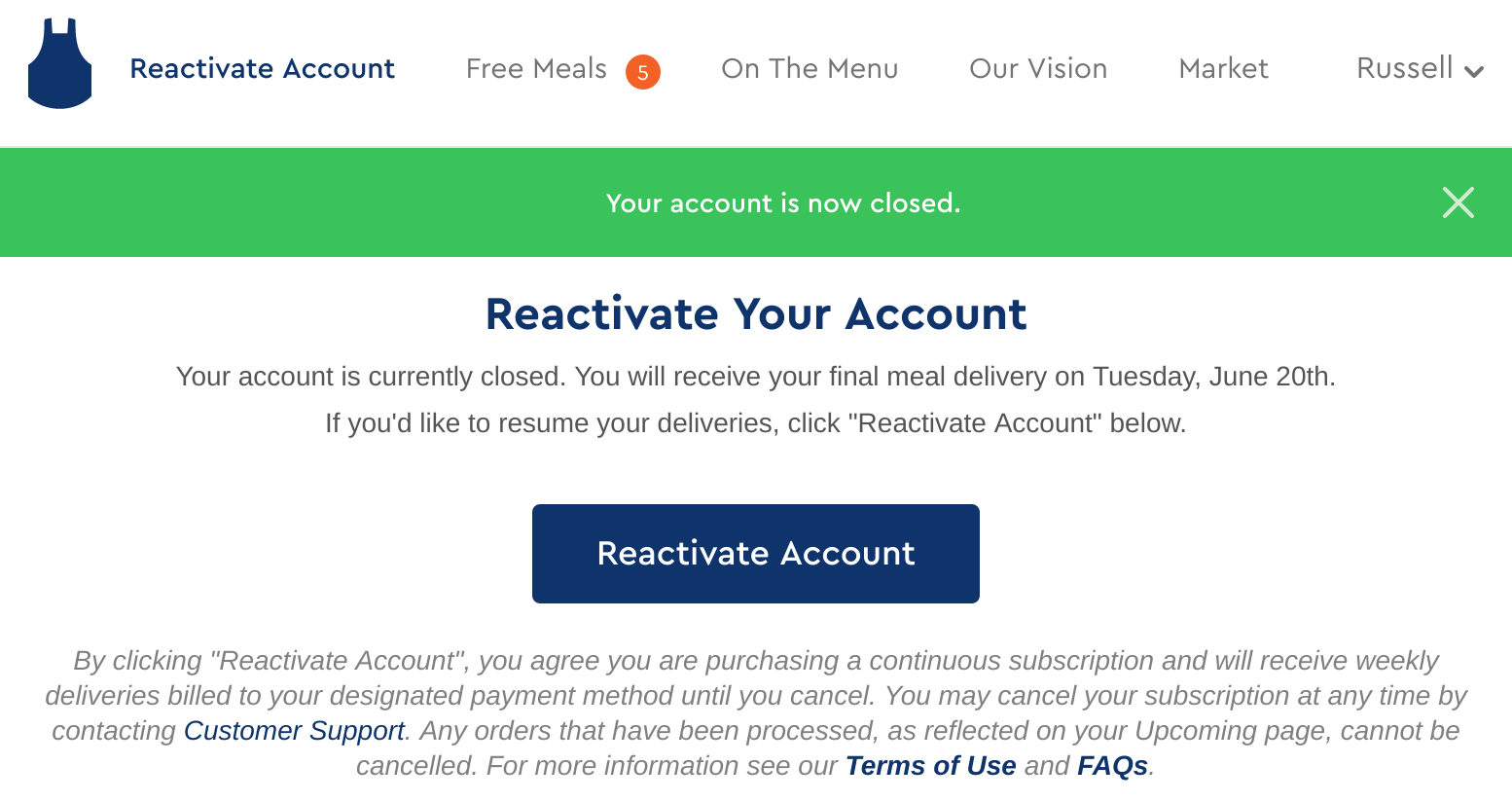 I like your food. I've enjoyed your recipes. It's been a wonderful experience. I also understand and sympathize with your reticence about taking a controversial position. You’re a business, after all.

But here are the facts. Genetic engineering is a powerful technology, and like all technologies it has upsides and downsides. Whether a particular application of this technology is, on the balance, a good thing or a bad thing depends on the specific circumstances. Slapping a "non-GMO" label on something tells me less than nothing about the food.

It doesn't tell me what the food even is. If the traits it expresses weren't assembled using recombinant DNA, there are dozens of other breeding techniques that could get the same result. There are seed companies that sell non-GMO varieties who are every bit as abusive and immoral as the worst players in the biotech sector. The seed industry employs a kaleidoscopic array of mostly meaningless names to obscure the provenance of the varieties they sell. They have a strong commercial interest in hiding how they were created, where they came from, who created them and whether they contain intellectual property that may or may not be licensed.

Once the food leaves the farm, it enters a distribution system that functions as much as a mechanism to hide the origins of food as it does as a means of transport. Food with an unsavory backstory is carefully laundered as it passes through the organs of this system, its story expertly doctored and manipulated through bills of landing, catalog numbers and invoices. When it finally emerges at the orifice of retail, it is with labels like "organic," "GMO-free," "heirloom" and "local" that the new fairly-tale story is told. The line between marketing and fraud has been artfully, professionally smudged.

Slapping a "non-GMO" label on something tells me nothing about any of that. It's cynical misdirection, aimed at changing the subject. If you don't know the answers to the questions I raised in the last paragraph, I can forgive that. The ag business has always protected its interests with a thicket of clever lies, and you are in the same boat as the rest of us when it comes to untangling them. But I can't forgive Blue Apron for contributing to the problem.

I am willing to reconsider, but please don't try to convince me that the "non-GMO" label is in any way morally defensible. The little inserts you include with your recipe cards -- with beautiful pictures and PR copy writing -- do not engender trust. The information consumers want, and often need, is purely factual. If you want inspiration, look no further than the Nutrition Facts Label.

Tell me what my food is, not what it isn't.